The current uprising in Spain takes direct inspiration from the revolts on the other side of the mediterranean. But here the starting point is not dictatorship but a liberal european democracy. Unlike Egypt or Tunisia, disappearances or torture are an aberration, and the press is free to write anything that will sell.�The current elected government is led by the Socialists, it could be considered among the more progressive �in the world, sadly enough for what that says about other governments. What this means is that we are witness to the emergence of demands for something completely new, a �utopian uprising, a search for a more direct version of democracy. This new movement's strength and weakness is that it doesn't have a symbol, a flag, or a name. It is one possible future that only exists in the collective imagination of the thousands that fill the plazas. Refreshingly, unlike the UK uncut protests or French strikes, these plaza occupations (at least in Barcelona) are not plastered with explicit slogans about budget cuts, salaries, job contracts or student fees. The debate digs deeper, almost philosophical: why are we fucked? Who fucked us? How do we get unfucked? and, most fundamentally: what kind of a society to we want to live in? It's been argued that current model of democratic government is the end of history, that there is nowhere to go from here. It's surprising that Spain, so freshly out of it's own dictatorship that lasted until the 70's, would be so quick to lose faith in the consensus of modern capitalism.�Although spain's people might disperse from the plazas come monday, this critique isn't going to disappear. It will manifest in another way, in another place. History is not over, we can still make it. 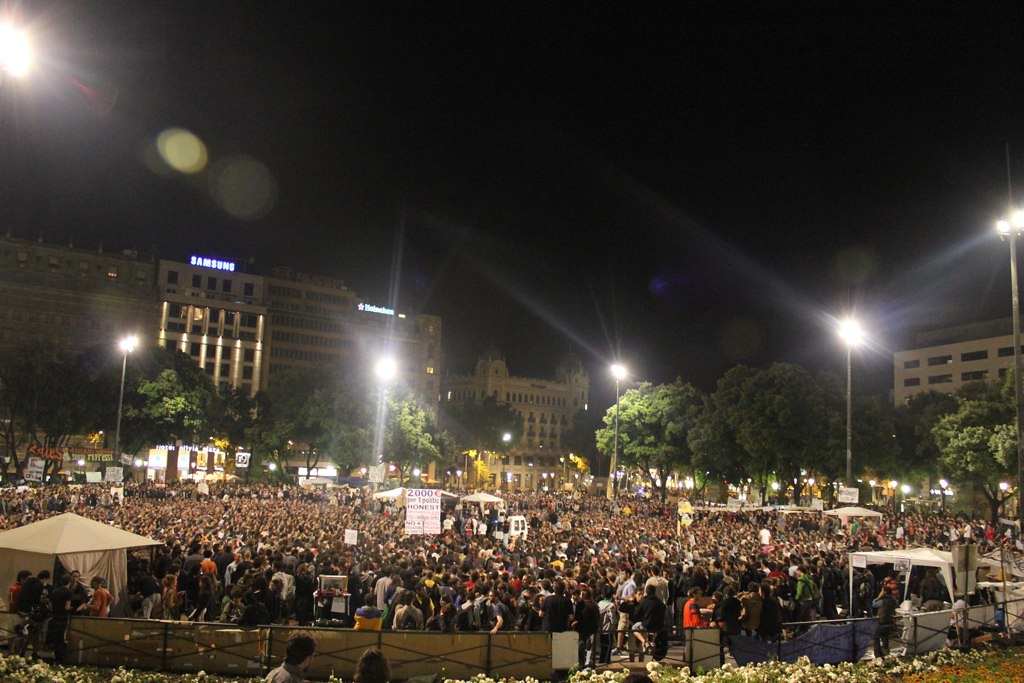