Another Place Beyond Geography

Athens again. I had every intention of spending some time in the countryside but got sucked in by this gravitational mass. A few blocks from Omonia square is a ghetto of dense high-rises, their once white facades now streaked with the patterns of pollution dust sculpted by rain. Here are stacked arab, african, and pakistani immigrants, all men, who live in converted office spaces or pay-by-week hotels. The last time I was in the barrio I stayed in narrow tower full of Somalis, the guy I befriended was waiting for his (false) EU papers to get sorted out, meanwhile trying to survive by any means possible. I've got a story to tell about this last trip to Athens, the story starts in that hotel and later involves (witnessing other people) burning banks and storming the US embassy. I've got to wait until whatever EU statute of limitations expires, or it becomes irrelevant history, whichever comes first. Foto from the train Thessaloniki-Athens. They have modern trains, I just took the most difficult and senseless route so I could end up on trains like this, with windows that open, and everything trimmed in sheet metal. Sheet metal will come to be considered a lost craft, like blacksmithing, as everything on earth is built by injection-molded plastic. 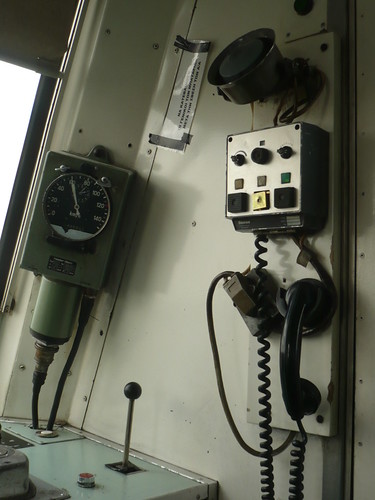 Update: posting this from Riga, Latvia. Here for a night due to a problem with my Russian visa, I can't continue to Leningrad until September 23. Beautiful angular light here, the kind you find only in the higher latitudes. There are worse places to be in purgatory. Visa problems have been a theme lately, or it's just the inevitable consequence of dealing with some many nations frontiers. The word "erasmus" has also been a theme, but there is no excuse for that.